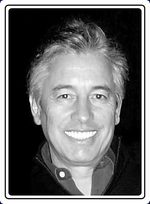 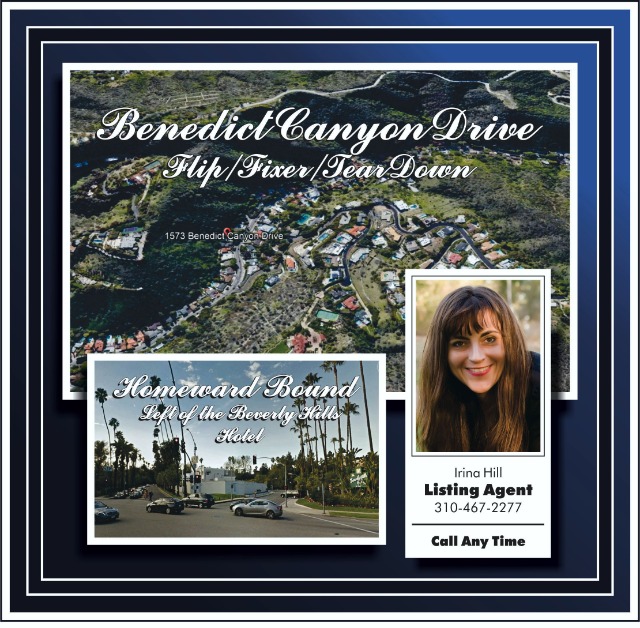 Irina's Beverly Hills Flip/Fixer
(Or / Builder's Ground-up Development Opportunity)
An Extraordinary View-Oriented Benedict Canyon Property Just 1.9 Miles
from Sunset Blvd. and the Beverly Hills Hotel now Selling for Bottom Dollar.
By that We Mean that "It" is the Lowest Priced Single Family
Home "For Sale" in the Beverly Hills Area.

Let’s Make a Deal / One of the best investment-oriented purchases that can be made at any time in real estate is the lowest priced single family residence “For Sale” in any city. That is multiplied many times over when the "City" representing an area like Benedict Canyon is commonly referred to as Beverly Hills because it's adjacent Beverly Hills and the zip code there is 90210 though, technically, it is Los Angeles.

This property qualifies on all counts and, better yet, it’s a FLIP/FIXER or TEAR DOWN, that option is up to you and it’s up for grabs. “Grabs” means there may be serious room for bargaining. The seller has authorized us to make a deal, so let’s talk.

Found Here / A great opportunity to FLIP a property just north of Sunset Boulevard in the prime Beverly Hills Post Office area (BHPO) of Lower Benedict Canyon. Building permits are obtained from the City of Los Angeles realizing a huge difference in timing and costs for flippers and builders. Zillow.com's estimate of value is $1,460,461 (April of 2020) and Realtor.com's estimate of value is $1,591,500 (also April of 2020).

Benedict Canyon is a ravine that drops in a north-to-south direction from its high point at the crest line in the Santa Monica Mountains; to the east of the Canyon are its two sisters, Franklin Canyon and Coldwater Canyon. Rainwater percolating over the ancient strata of all three canyons emerges at their lowest altitude as springs feeding Franklin's Lake and Creek. A cross-section of the land reveals granite, of volcanic origin, layered between worn river rocks and ocean bottom mud.

Animals / The animal population is pretty much the same as it was 10,000 years ago. Grizzly bears are an exception, as they were killed off by early settlers of the area. The most common medium and large-sized mammals are coyotes, mule deer, bobcats, raccoons, and skunks. Just away from the urban edge, other predators, such as grey fox, mountain lion, American badger, long-tailed weasel, and ring-tailed cat, occupy various niches. The ecosystem's top predator, the mountain lion, is present everywhere except the fragmented eastern end of the Santa Monica Mountains that bisects the Los Angeles metropolitan area. Because they fear humans, however, they are rarely seen. Also, there are numerous prey species—such as rabbits, squirrels, rats, mice, and other rodents. Seven species of hawks, eight species of owls, peregrine falcons, golden eagles, northern harriers, American kestrels, and white-tailed kite share in this bounty of prey.

The Hillside Ordinance to limit building height at 36 feet (11 m) and stipulate restrictions on set-back, side yards or parking, was a product of Association lobbying and participation. That ordinance was also the basis of the recent defeat of the proposed villa on top of the Mark Hughes hilltop, an event cheered by many residents.

Current and past beautification projects of the Association include the repair and repaving of roads, repainting of guardrails, repair of Upper Benedict Canyon, and a subsidized monthly service of clearing debris and trimming vegetation that spills on the roadway.

"Adopt Fire Station 99" is another community grass roots organization representing about 9,000 residents in the Mulholland-Benedict Canyon area. Going hand-in-hand with the BCA, residents helped to generate the media attention, popular support, and political will that defeated the city's plan to reduce from two to one the number of paramedics available at each Fire Station to deliver emergency care.

How to See this Property.
Irina's Beverly Hills Flip/Fixer Can Be Seen Most
Any Time by Appointment.